I’ve always been a huge fan of TED talks. TED talks cover a wide range of topics from technology, innovation, society and personal growth and have always been a huge source of inspiration for me. Therefore, I’ve decided to use this topic to practice building dashboards in Tableau. In this visualization, I hope to understand more about TED talks by asking the following questions:

The data set used is from Kaggle, which covers 2,550 TED talks from 1972 to 22 Sep 2017. I have done some basic cleaning of the data, mostly on converting the format of ratings and themes. You can view the interactive Tableau dashboard by clicking the image. 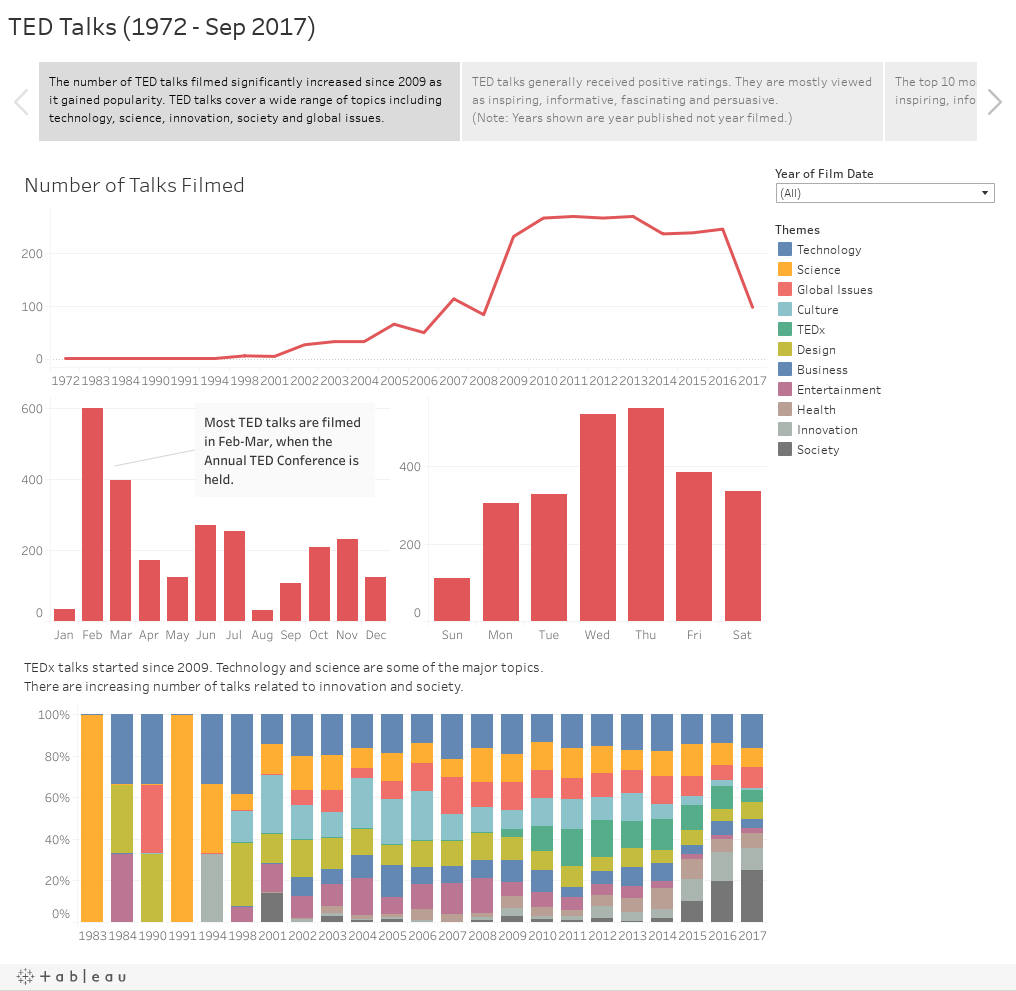 To summarize:
I have also build a recommender, which recommends 10 talks with the most specific rating, for example, the 10 most inspiring talks. Now I have some idea of what TED talks to watch next!